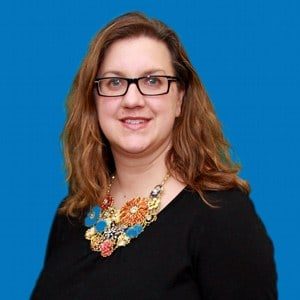 Rene Heinrich is married to Jack Hering and the mother to 3 children and 3 stepchildren, and a member of First Christian Church in Ft. Thomas.

Rene currently is serving her third term on Highland Heights' City Council and has served on Highland Heights' Planning and Zoning Committee and Board of Adjustments as well as has served numerous times developing the City’s current and past Comprehensive Plans. A 1995 graduate from EKU and a 2000 graduate from Chase College of Law at NKU, Rene has practiced law since 2000. She owns her own law practice, The Heinrich Firm, in Newport. In her past life, Rene worked in the theatre. Her last professional show was the Broadway production of Side Man, which won the Tony Award that year for best play.

Rene was born in Rosenheim, Germany and considers her hometown of Bad Aibling, Bavaria one of her favorite spots on earth. While her Mother’s side of the family is steeped in European culture, her Father’s is 100% Kentucky. Both Rene’s Father, Uncle, and Grandfather played basketball at the University of Kentucky under Adolph Rupp and following the Wildcats is a family passion.

In 2012, Rene was honored by an appointment to the Kentucky Child Sexual Abuse and Exploitation Prevention Board by Governor Beshear. Rene serves as a Guardian Ad Litem, or child's attorney, in Campbell and Kenton Counties. To date, she has represented over 3,000 families and children dealing with child abuse, neglect, and dependency. She also is a former Administrative Law Judge for the Kentucky Parole Board. Raised by parents who both owned their own small business, and as one herself, Rene works hard to protect the interest of the small business person while promoting growth and prosperity in other rural and industrial sectors of our community. In her spare time, Rene’s passions include her family, travel, reading, and practicing yoga.