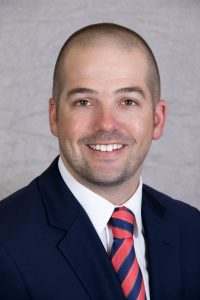 Michael Giffen began his local government career with the City of Dayton, Kentucky as the Economic Development Director and also assisted as a Code Enforcement Officer before he was hired as the City Administrator in 2014.  In Dayton Giffen oversaw the initial phases of construction at Manhattan Harbour, the first phase of Riverfront Commons trail, and In 2019 was named the Northern Kentucky City/County Manager of the Year.  In January 2021 Giffen became the first City Administrator in Highland Heights since 1980 and brings with him a strong background in development, government finance, and management.