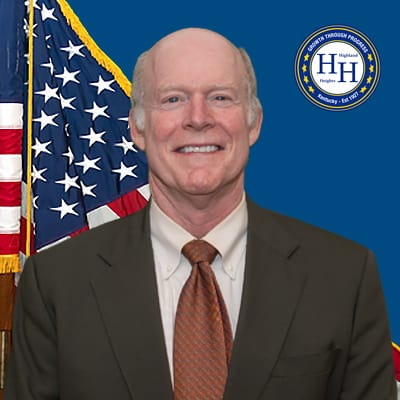 Steve has served as the legal advisor for the City of Highland Heights since 1986. Steve attends all City Council meetings, gives legal advice to the Mayor, City Council and City Officials. Steve also reviews and revises all ordinances considered by the City. Steve institutes and defends all lawsuits involving the City or which the City has an interest.

Steve graduated from the University of Kentucky with a degree in history and a minor in business. He then went to Chase Law School, obtaining his law degree in 1982. After law school, Steve worked as an Assistant County Attorney, Assistant City Solicitor for the City of Newport, and as the City Attorney for the City of Crestview. Steve also maintains a private law practice in Newport focusing primarily on civil litigation and personal injury.